Adaptsys, the innovator in carrier tapes and device programming, has announced the launch of its new Re-flexII On-Demand Tape forming system. This system offers users a return on investment on materials within 12 months, plus significant productivity and quality control improvements.

Re-flex technology has been used for some time to underpin Adaptsys’ Fast Tape service. The company has now extensively redesigned and ‘productised’ Re-flexII, improving the system”s efficiency and extending its functionality to become a genuine on-premises, on-demand solution for use by component manufacturers and distributors. 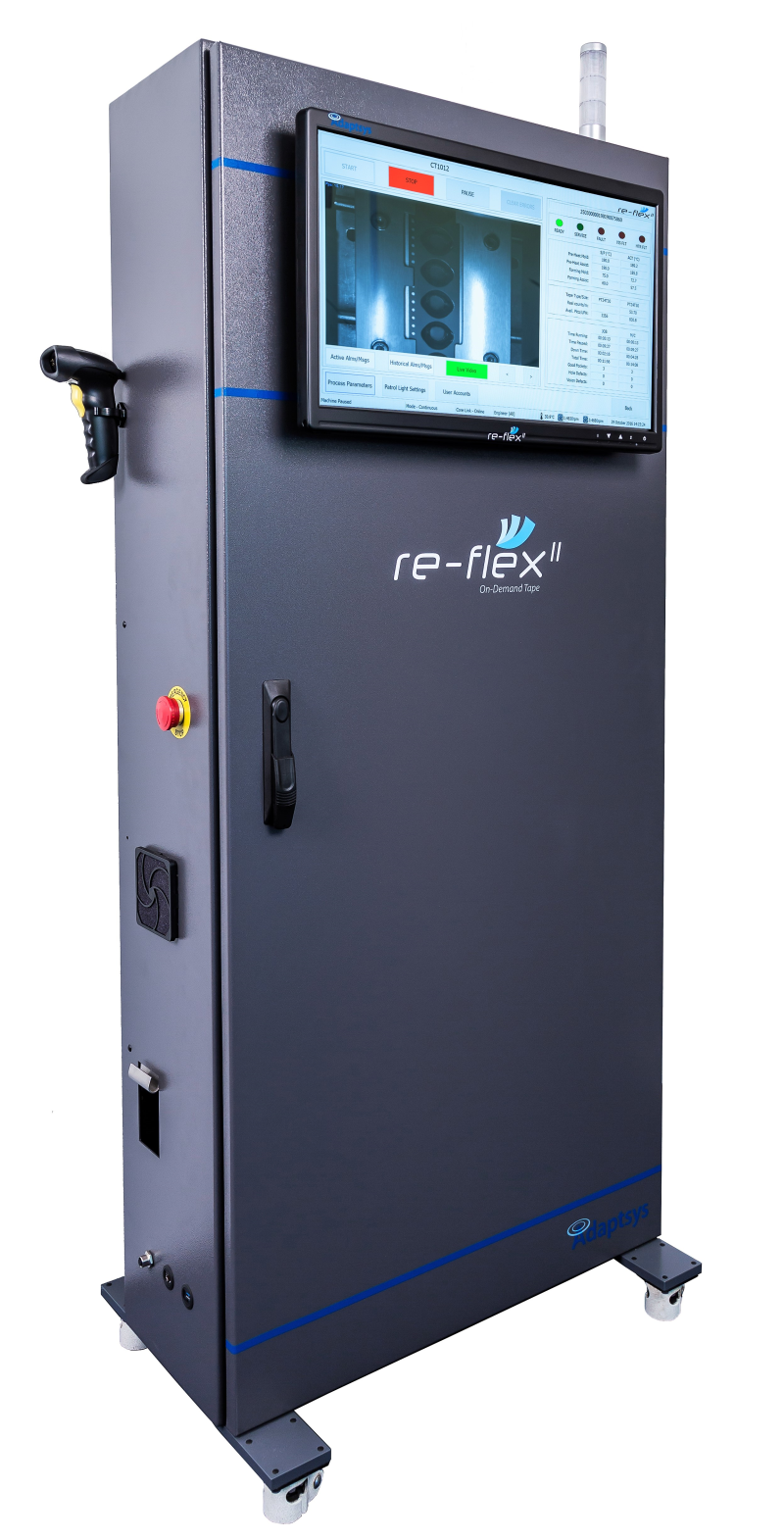 Re-flexII On-Demand Tape offers users a system capable of producing both standard and custom tape pockets as required. By employing a smart tooling design, the end user is able to swap between tape designs in minutes thus eliminating the need to source multiple designs of pre-formed tape.

Savings against the price of pre-formed tape mean that users can expect to see a return on investment in well under a year (depending on the level of use). Users can also reduce the space needed to store stock carrier tape by as much as 95 per cent.

James Cawkell, director at Adaptsys, said “Re-flexII On-Demand Tape has been engineered to deliver fast tape manufacturing and the maximum pocket form depth needed by the majority of? component manufacturers. It provides the flexibility to quickly switch ?between pocket forms, whilst reducing the in-house inventory of tapes. This system provides substantial advantages to organisations who are currently hindered by the supply chain issues often encountered with sourcing suitable pockets to protect, transport and present their components.”

The end user can use Re-flexII in one of two ways – as a stand-alone tape forming system, outputting carrier tape onto reels for stock or, as the Re-flexII On-Demand Tape name suggests, to feed tape directly onto production lines and into the component packing process. It is ideal for companies taping deeper pocket parts as it reduces the number of times the supply carrier tape needs to be changed and massively reduces the space needed to store empty tapes waiting to be loaded.

For example, a conventional 22” (560mm) reel of pre-formed carrier tape with a 6mm deep pocket will be 40 metres long. Therefore, with a tape and reel machine that typically tapes two metres of parts every minute, the operator needs to change the supply and output reels every 20 minutes. With the Re-flexII, the supply reel is up to 1000 metres in length reducing changeover requirements to once every eight hours. This makes it possible to change the supply reel just once per shift.

Apart from the obvious cost savings through reduced operator intervention, this also makes the existing tape & reel machine much more efficient due to reduced downtime caused by waiting for reel changeovers.

Mr. Cawkell continued: “Not only are electronic component manufacturers and distributors making use of this technology, but we are increasingly talking to mechanical manufacturers who can see the benefits of quality control, agility and customisation, security of supply and in-production flexibility offered by Re-flexII On-Demand Tape. Making tape in-house reduces the costs associated with sourcing and storing pre-formed tape, and the work needed by operators to keep the production line working efficiently.”