An advanced automated programming system supplied by Adaptsys is boosting productivity and enhancing the flexibility of the device programming service offered by Action Circuits, one of the largest European providers of electronic device programming and reeling services. The BPM 3900 Universal Automated Programming System is the first of its type to be installed in Europe, and combines a programming speed of 100 Mbyte/s with the largest memory support in the industry: 256 Gbyte.

Action Circuits (UK) Ltd., based in Luton, Bedfordshire, was formed in 1987, and has been specialising in device programming and reeling services since 1990. The company is continually investing in the latest hardware, and the decision to purchase a state-of-the-art automated programming system resulted from the changing landscape of the market for surface-mount programmable devices. Not only were production volumes increasing and devices shrinking, but the range and diversity of the programmable devices themselves was growing. 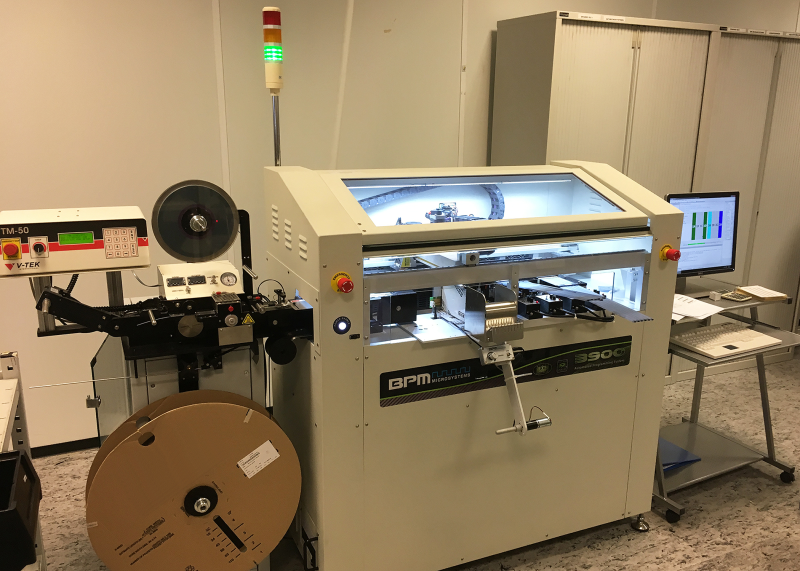 “The increased throughput of small footprint devices coupled with the range of technologies and packaging types has increased dramatically”, says Martin Harvey, commercial director of Action Circuits (UK) Ltd.: “To be able to support all these devices with a single machine gives us several advantages – particularly a reduction in the number of systems, sites and sockets we require, which in turn saves money, simplifies our processes, reduces the need for training on different systems and cuts the size and space requirements.”

Action Circuits was already familiar with Adaptsys and the BPM Microsystems range of programmers: “We have considerable experience of the company’s technology and products, and the product they were offering meant that we could incorporate it seamlessly into our existing processes and work flows. In addition, they are always open to suggestions for improvements within their product range and subsequent software updates,” says Martin Harvey. 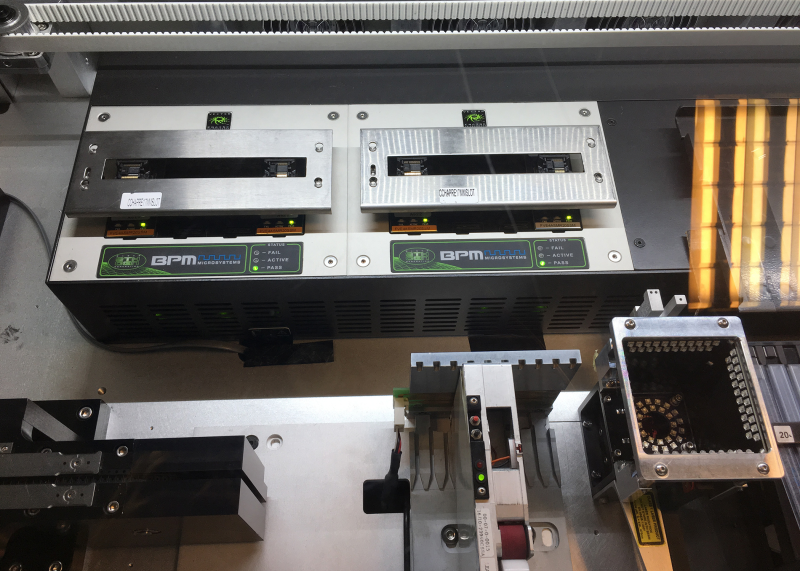 Programming speed is very important and the fact that the BPM 3900 offers the highest speed of any universal programmer on the market ensures that the programming process is efficient and that Action Circuits can turn orders around more quickly. The system incorporates a new feature known as WhisperTeach with Auto-Z, which reduces set-up time for precision placement of the industry’s smallest chip scale packages and removes reliance on the operator.

The company was also able to use existing peripherals such as device feeders and programming sockets from existing handling platforms on new programming products, and could preserve the intellectual property created from working with other BPM Microsystems products.

“To summarise, the key reason we chose this product was that no other automated programmer on the market offered the same universal support for all the device types that we needed to programme as well as the speed we needed,” says Martin Harvey. “It provides us with a constant and stable programming and SMT handling solution with the flexibility and high quality that is expected by, and delivered to, our own customers.”