Dorset based Precision Acoustics recognise that one of the most critical stages in the development and manufacture of ultrasonic measuring equipment is the ability to model the interaction that occurs as ultrasonic waves propagate within and around objects. The modelling tool developed by Precision Acoustics’ staff uses the time-domain finite difference method to accomplish this task. 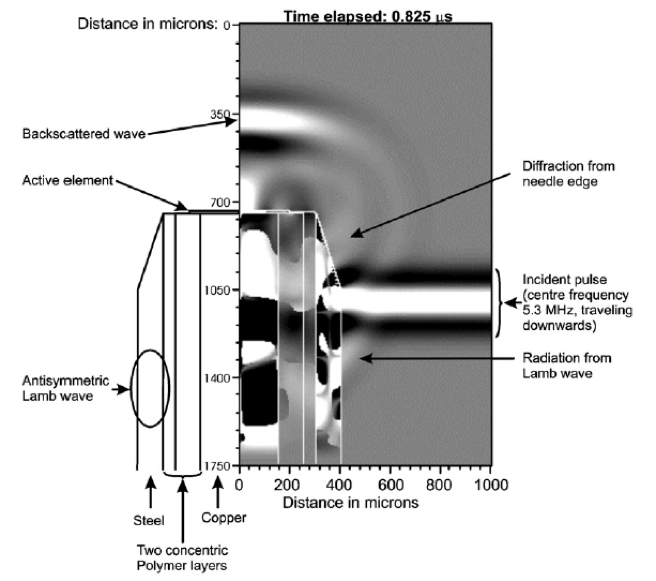 It is capable of simulating acoustic waves propagating in both solid and fluid media. This means that the propagation of longitudinal, shear, Love, Lamb, Rayleigh and Stoneley waves can all be modelled. Simulations can either be conducted in 2D Cartesian or 3D axi-symmetric cylindrical co-ordinates with either lossless and/or simple lossy materials.

The case studies below illustrate some applications of the model.

Circular plane piston transducers are well known to exhibit considerable side lobes in their far-field radiation pattern (an example of which can be seen in Figure 2). However alternative transducer excitation regimes can be used to produce fields that have a far more uniform radiation pattern.

One of the ways to enhance the transducer radiation pattern is to modify the manner that the active element is driven; this is called apodisation. The finite difference model was used to predict the field radiated by a range of transducers subject to different levels of apodisation. The model was used to optimise the far field radiation pattern and an example of the predicted field can be seen in Figure 3. 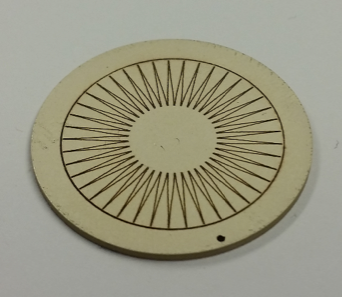 The laser etching facility at Precision Acoustics was then used to apply an electrode pattern to a piezo-ceramic disc that replicated the input to the finite difference model (Figure 4) and thereby yield an apodised transducer with a much smoother far-field beam pattern.