A spotlight on Murata Europe

This month’s spotlight is on Murata Europe. We talk to Glenn Palmer, president of Murata Europe, to find out more about the European electronics industry and Murata’s place in it

Glenn Palmer joined Murata in June 1989, having previously worked for Pilkington. His transition from a British business culture to a Japanese one was a positive move, as witnessed by his almost 30 years with the company. He started out as customer service manager in the UK, moving on to gain experience of different business functions including warehouse management, quality control, and sales and marketing. This all-round customer insight earned him an invitation to become managing director of the UK business in 2007. Shortly afterwards, Murata formed a pan-European company and Palmer added European distribution and regional sales to his responsibilities. Such was his success in the role that he became president of Murata EMEA in 2013. So, given this long-term track record of success in the electronics industry, what are Palmer’s views on the state of the industry, and more?

Murata is known globally for its ceramic-based passive electronic components and solutions, communication modules and power supplies. How has the company evolved during your tenure as president of Murata Europe?

Since 2013, when I moved to the Netherlands to take over the role of president of Murata EMEA, the global company has doubled revenues from650 billion yen in 2013 to circa 1.3 trillion yen, and we have gone from 40,000 people globally to more than 70,000 in that time. Saying that, Murata is still a family company; it is just that the family has grown.

From a technology standpoint, the biggest change has been the addition of non-ceramic-based products to our portfolio. In 2014, we acquired Peregrine Semiconductor’s RF front-end technology, and more recently, Sony’s lithium-ion battery business and Arctic Sand’s low-power semiconductor technologies. These represent an expansion of our technology offering. Meanwhile, the 2016 acquisition of IPDiA S.A., the French 3D silicon capacitor technology pioneersubsequently renamed MurataIntegrated PassiveSolutions, and Vios Medical in the US, which provides IoT-connected continuous patient monitoring systems, take us in a systems integration direction. 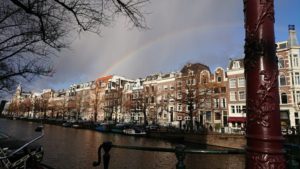 Has Murata’s global growth been reflected in Europe, and what is your view on the shape of the European electronics market currently?

Yes, during my tenure, Murata’s European business has grown from 500 million euro to more than 1 billion this year. We have five principal sales and marketing offices in Europe – in Nürnberg, Paris, Milan, Hoofddorp and Fleet, and a further 10 smaller offices –and all are extremely positive right now. All the major markets in Europe are performing well, and our view is that the European economy is very strong.

Murata Europe has an aggressive growth plan for 2018 and we are confident going forward. There are lots of key initiatives taking place in the areas of automotive, energy, IoT and telecoms infrastructure and we are well positioned to make the most of every one of them.

What impact is Brexit likely to have on Murata’s business?

Our UK business represents seven per cent of the European turnover. Responding to market demand, we reorganisedthe business several years ago to form one pan-European entity. We would be concerned if duties were applied to products to ship into the UK market, but we wouldn’t expect that to have a big impact on our business. We have a number of sister companies throughout Europe involved in design, including Murata Power Solutions in Milton Keynes. 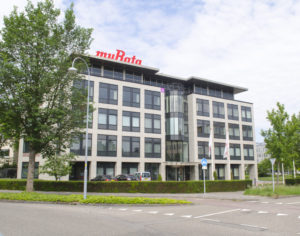 What are the predominant trends within the electronics industry that Murata’s European business is responding to?

The major growth driver globally continues to be the smartphone market, with additional functionality and connectivity driving development. In Europe, the automotive market is our largest application sector, with the growing electrification of vehicles being the primary accelerator of innovation.

Both of these trends are responsible for significant increases in our sales of multi-layer ceramic capacitors, in which Murata has recently announced that it is increasing investment in order to boost production. Meanwhile,the automotive market has also generated large sales increases in coil inductors and EMI suppression filters, as well as ultrasonic and MEMS sensors for safety devices.

Which Murata technologies are proving most popular in automotive right now?

First are sensors for assisted driving, second are high-voltage and high-reliability capacitors, and third are connectivity solutions for connected cars. The automotive market is becoming more complex as the car becomes a computer on wheels. As a wider breadth of technologies is integrated into vehicles these days, so car construction complexity increases. The challenge for us is to identify in which direction these technologies are developing.

One of the keys to our success in this market has been Murata’s ability to pack more power into smaller packages, while maintaining the high reliability and high quality we are renowned for. This was validated by us winning not only Continental’s Supplier of the Year Award in 2016 for the capacitors category, but also its special Quality Award, which recognised that of the billions of parts we supply, there was not one failure. In 2017 Murata also received two Bosch “Partners In Success” Global Supplier Awards, underlining its outstanding performance in the manufacture and supply of products. 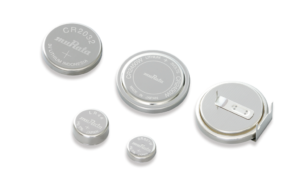 Which market is responsible for driving the most innovation within Murata?

Murata is increasing focus in the medical sector. In Japan, we obtained a class one medical device licence to manufacture and market a limited number of ceramic-based medical devices. Among these is a ceramic moxi-cautery device and blood pressure controller that we are planning to promote in the Japanese market. This reflects an extension to our existing direction of selling components into the medical and healthcare device sector and, going forward, we hope to increase the number of solutions we have for this market.

What are Murata’s goals for the long term?

Our corporate goal is to be a first-choice supplier globally for components and modules and to lead the way in the electronics industry through innovation. We want to extend into the solutions business and evolve solutions-based products in medical and other markets, but our primary focus right now is to retain our position as a key supplier of components and modules.

Tell us what you enjoy doing in your spare time?

When I took this role, I relocated to Murata’s European headquarters in Hoofddorp, the Netherlands from the UK. Hoofddorp is just 15km from the centre of Amsterdamand only one train stop away from Schiphol Airport, so is ideally placed for getting anywhere in Europe.

The Netherlands is a fantastic country to live in and during my time here we’ve spent holidays touring around here and neighbouringcountries, such as Belgium, France and Germany, and making the most of the convenience of being in mainland Europe. I am pleased to report that the British public hasn’t yet discovered the Dutch coastline along the North Sea, which is very beautiful! I also play golf and am a Southampton Football Club supporter.