A call for action to the EU Commission

By Jens Dorwarth, chairman of the Work Group Environment & Compliance at the FBDi association 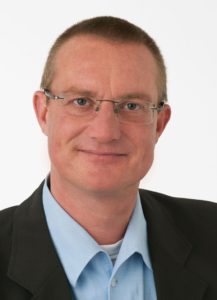 Despite the fact that the RE-D Guide was published on 19th May last year, the intermediary trade respectively distribution of ‘grey zone products’ continues to be left out in the cold. That is due to the continued lack of clear regulation for these products from the area of electronic components and systems. As a result, distributors operating as intermediary traders are instantly forced to walk a tightrope from which they can fall either on the legal side or on the illegal side – depending on the configuration of market surveillance, for which the Blue Guide and its interpretations serve as a technical basis in this context for all EU border crossings.

Because distributors are operating as importers, and thus forced to accept the obligations of a manufacturer, and as such, they are required to evaluate parts, assemblies and components in accordance with the Blue Guide, or CE directives, in terms of general product safety requirements and, more specifically, based on EMC, low voltage and RE-D. They must also ensure correct identification and documentation and provide certifications – even though the relevant guidelines for such ‘grey zone products’ are unclear or even entirely absent. And this has been the situation since the introduction of CE directives “based on the new concept”, such as the RE-D (Radio Equipment Directive), which is in force since mid-2016! Since the start of 2018, for instance, there is now a draft for the RE-D. But, it is only available to notified bodies, manufacturers and market surveillance, or at redca.eu (subject to a membership fee) to its members available – and distributors cannot become members. Why can such an important guideline not also be made available free of charge to all economic agents?

The solution for ‘grey zone products’? The EU Commission, its committees and the relevant market surveillance authorities should finally deliver on their commitment made in mid-2016 to move forward this discussion of clarification. To enable clear actions, the EU Commission would finally have to endorse guidelines and make them available to all economic players, including distributors. The intermediary trade could then continue its business with confidence and free of the 50/50 chance of acting illegally. This is a blessed wish – if only it would finally be heeded!