Since its consolidation strategy in the UK at the turn of the decade, AWS has invested significantly at both its Newcastle-under-Lyme site in the UK and its Námestovo facility in Slovakia, allowing for greater expansion in its offering. This has included the addition of 7 SMT lines in the facility in Slovakia with 21 pick and place machines. Five of these lines are in the dedicated, low to medium volume, high mix and complexity manufacturing hall with further lines in a separate dedicated automotive high volume hall. This growth has seen the site expand further from its original 28,000 ft2 to 38,000 ft2 in 2014 and now to 56,000 ft2. This investment alongside further state-of-the-art manufacturing equipment and ancillary support equipment has been a key driver of growth. 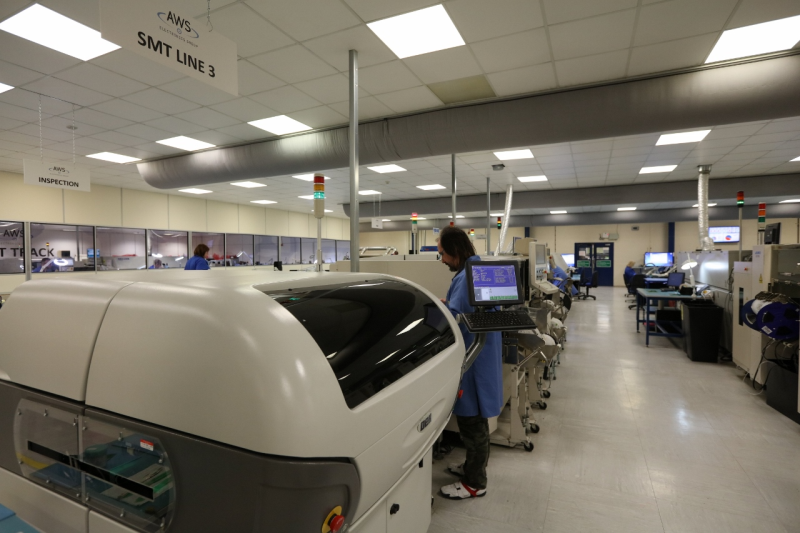 Expansion in service offerings to a number of existing customers coupled with a significant number of new customers from a range of different countries has led to the increases in new and existing business. AWS’ current sales turnover run rate is now in excess of £35m annually heading into the next financial year.

AWS has also seen progression in the enhancement of its end to end service and design support, aiding customers with rapid prototyping, transitioning to full volume production manufacturing in both the UK and Slovakia, and providing an unrivalled aftersales service with a dedicated Maintenance, Repair and Overhaul Centre (MRO).

Paul Deehan, CEO comments: “The growth has been fantastic for the company and rewards the investment we have made in technology, facilities and staff across both of our sites. To achieve double digit growth in Slovakia for six consecutive years has been exceptional and we have grown from 50 to over 250 employees today in Slovakia during that period.”

AWS will continue with its growth strategy over the next financial year alongside further expanding its international customer base and continuing to invest in technology development.