Workshop4 PRO enhances the standard features of the base version of the Workshop4 IDE with options that extend productivity for developing advanced GUIs for embedded applications. The Workshop4 IDE features four different development environments that provide an integrated editor, compiler and linker toolchain from which to create application code and incorporate graphical objects for the complete range of 4D Systems’ display modules and processors. 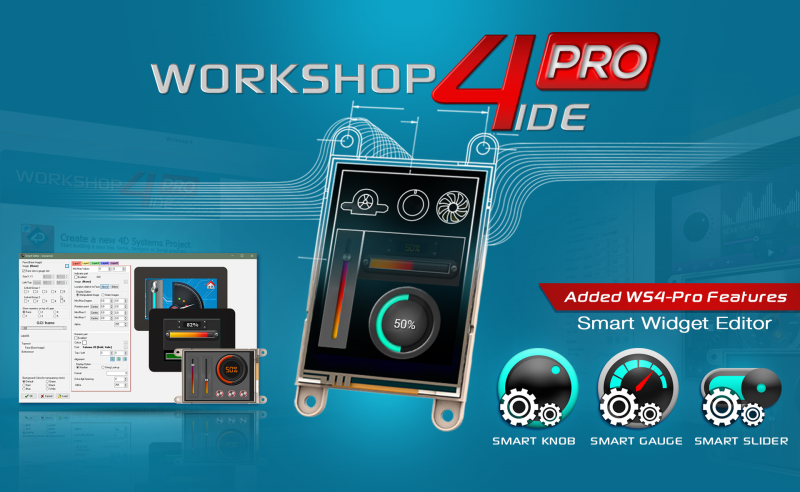 This latest release of Workshop4 PRO adds a new smart widgets editor tool that assists with the creation of three new smart object types when using the Visi-Genie environment. These are smart gauges, smart knobs and smart sliders, and the editor allows the creation of such objects with up to five layers, these being placed above or below the object’s base layer. The layers can be built up into advanced and visually informative graphical objects, and can also incorporate static images, numbers or text. Such an approach aids developers to add complex and feature-rich user interfaces to an end application in a straightforward and simple manner.

Workshop4 is available for free download from the 4D Systems website. The Workshop4 PRO features require a one-time license of US$ 79 that can be purchased from 4D Systems. Existing Workshop4 PRO license holders will automatically receive these updates. A detailed explanation of these new features can be found here.