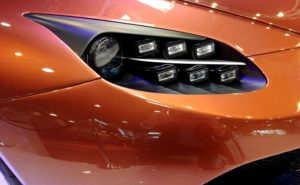 Thanks to the cooperation between OMNI3D and SMARTTECH it was possible to conduct quality control of 3D printed elements that was used as final parts in the Hussarya 33 supercar from Arrinera Technology S.A.

For the supercar manufacturer print accuracy is very important, especially for parts which are assembled as final products. In this particular case it was a fastening to three-way lights in the front car light. The 3D model was printed on the Factory 2.0 Production System from OMNI3D using the ABS-42 material. Quality control has been commissioned for SMARTTECH which specialises in the manufacturing of optical 3D scanners. 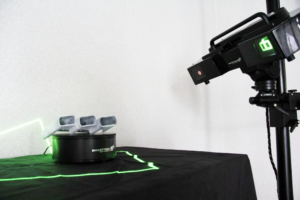 The following step was an inspection carried out in the Geomagic Control software. This program has many functions such as creation of cross section, dimensioning, thickness verification and more. For the part printed by OMNI3D the dimensional quality control was performed using a reference CAD model and the measurement result.

Engineers accepted a tolerance of 0.3 mm. The entire operation allowed the creation of a deviation map with point deviation information. The most extreme point representing the material shortage used 78.6 per cent of the assumed tolerance. For the opposite point (material excess) the value was 61.8 per cent. This means that the precision of the 3D printed part has been 30 per cent better than expected. What is more, the average of all deviations was -0.033 mm. The average material shortage was equal to -0.133 mm, while the average material excess was 0.112 mm. 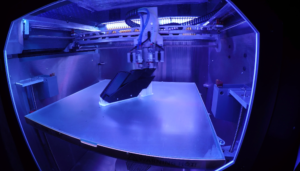 3D printing on the Polish industrial printer – the Factory 2.0 Production System – is characterised by very high dimensional accuracy, meeting the strict criteria of the automotive industry.

Both solutions will be presented at the German Formnext between November 14th and 17th at stand 3.1-C29.