We are seeing the shift in IoT deployments from the proof-of-concept stage into production, as more enterprises are starting to successfully navigate the challenge of ROI for their projects. This is demonstrated by the Forrester research, which revealed that 28 per cent of enterprise organisations are now planning to adopt IoT solutions, up from 19 per cent in 2016. 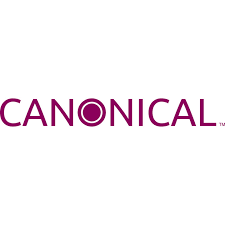 These rising rates are being driven by the plummeting price of hardware components making it cheaper to deploy, while the proliferation of IoT use cases will give other businesses more impetus to make the leap themselves especially if their competitors are seen to be ahead of the game. Below are three IoT trends I expect we’ll see more of in 2018:

Blockchain and machine learning are the most fascinating areas for IoT innovation. Blockchain will prove particularly useful for the handling of payments and guaranteeing the integrity of transactions. With machine learning, we won’t see this move entirely to the edge of the network, but in some cases it makes a lot of sense. For example, with video surveillance in the retail environment it can be used to spot behavioural patterns of would-be shoplifters, without streaming data or personal data to the cloud.

We’ll also see greater use of low power wide area networking (LPWAN) technologies, which can run unwired for long periods of time using very little power. This really proves its worth in environments where standard cellular connectivity can be intermittent, like a basement equipment room for example. LPWAN has better range and penetration of hard to reach locations, so opens up interesting use cases for heartbeat monitoring of critical equipment.

As IoT grows, connectivity embedded within products will increasingly disrupt the idea of ownership – with connected autonomous cars for instance, consumers buy the journey, not the car. We’re moving towards outcomes over assets, consumption over capital investment.

This will go way beyond cars, potentially incorporating a whole range of products. By including sensors within almost any asset, manufacturers can sense when a product is about to wear out and replace with a new one. According to Thomson Reuters, this ‘predictive maintenance’ market is expected to grow seven-fold by 2022.

The IoT is enabling organisations to move to more subscription-based business models, where the sale of the asset is split between hardware and value-added services. If manufacturers can finance the asset over a longer period, they can almost remove the purchase price altogether. With investment being squeezed across the board, we’ll see these new business models adopted, removing the capital outlay friction and making the business case easier.

Unfortunately, security continues to dominate the headlines for all the wrong reasons. If you look at IoT in an industrial context, the average asset life can be anything from 7-10 years (or longer!), so the ability to keep these assets updated and secure is paramount. The majority of industrial vendors are now building cloud-based services, so IoT security will remain key for both IoT adoption and driving new requirements from customers.

In the consumer space it’s staggering just how many manufacturers have no security strategy regarding patching of devices against new vulnerabilities. I expect to see at least another 2-3 large scale botnet attacks on IoT related hardware in 2018 alone. This will now force a change, with brands who may have previously sold products based on getting new features to market as quickly as possible now making security a priority. Companies understand that any security backlash could torpedo their business, so it can no longer be neglected.

We’ll also see a move towards consumer devices receiving security updates automatically, with little choice given to the end-user. These updates will pose minimal consumer disruption, in some cases even without the need for a device reboot.  Within enterprise, we’ll see the government considering regulations preventing the purchase of devices that do not have a security strategy in place. This is something that is already being proposed by a bipartisan group of U.S. senators on who plan to introduce legislation seeking to address vulnerabilities in computing devices embedded in everyday objects.