DESY, short for Deutsches Elektronen-Synchrotron, is based in Hamburg, Germany and operates particle accelerators to investigate the structure of matter. The accelerators run 24/7 for international experimenters so it is vital to have equipment that can be relied on to work perfectly and for many years. Spectrum Instrumentation has become one of DESY’s suppliers of choice for digitizer cards for the past 15 years because of its reputation for quality. 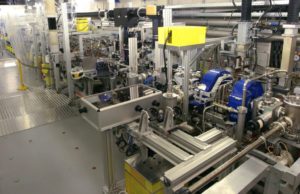 “Spectrum’s products have certainly proven themselves to be reliable,” said Mark Lomperski, staff scientist at DESY. “The first digitizer cards that we bought for our group more than 15 years ago are still in use today, happily sampling away. These Spectrum MI.3132s are used to measure the power in the RF pulses in the Linac-2 accelerator, which has 12 RF stations each producing 5 microsecond RF pulses of 20 MW at 50 Hz and the cards sample at 25 MHz. The digital-inputs of the MI.3132s provide an elegant method to ‘tag’ each RF pulse with information from the central timing system for use in my detailed analysis. These cards are used to monitor the ‘health’ of the technical systems, from pulse-to-pulse and over a period of years.” 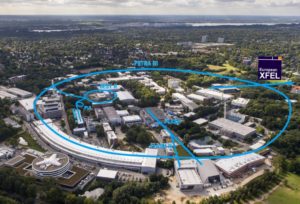 One application created a challenge. This was to monitor the strengths and timing stability of so-called ‘Kickers’ that are used to transfer particle beams from one accelerator to another. That is straightforward except that a false-trigger can result in a Kicker generating a pulse on their own, without an external trigger. Ideally, the monitoring system would catch these pulses as well as the official ones triggered by the timing system. “I was advised by a colleague that this would be impossible to do as every card that he knew of could be configured to trigger either‘External’ or‘Signal Level’ but never with bothmodes active at the same time,” he added. “Spectrum said that its cards could be configured to do this and they worked flawlessly – I have always been impressed by their technical support. This dual trigger feature is brilliant. The false-triggers happen very seldom but, when they do, we catch them! I just wished we had had it 25 years ago.”

One of the Linac-2 diagnostics systems has recently received an upgrade as the latest requirements for the system were beyond the range of the older cards. The new M4x cards provide 14-bits rather than 12-bits and 500 MHz rather than 20 MHz. Changing hardware can often present a challenge in porting the existing software. “To get the new software running for the new M4 cards, I decided to ‘bite the bullet’ and upgrade the old VB-6 Code that has been running happily all these years to VB-NET,” explained Mark Lomperski. “Upgrading the Spectrum parts of the code from Visual-Basic 6 to Visual-Basic 14 was trivial; it’s my own code that is driving me bananas!” 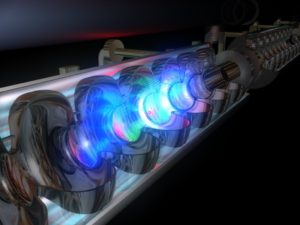 Gisela Hassler, Spectrum’s CEO, added: “Research institutions and universities run projects and experiments that can take years so they have to know that they can rely on every part to work perfectly for the lifetime of the experiment. Spectrum products are built to last for years as can be seen by these cards still in use after 15 years. For further peace of mind, we provide a unique five years warranty as well as an out-of-warranty repair service.”