Topsy and Tim set for CBeebies 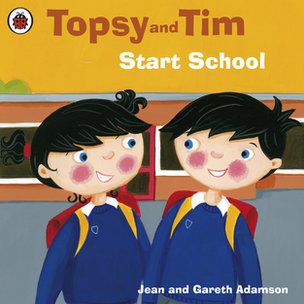 Topsy and Tim are to become TV characters for the first time, on BBC pre-school channel CBeebies.

The show, based on the original 1960s books by Jean and Gareth Adamson, will be the channel’s first ever live action drama.

Each episode will follow the five-year-old twins as they experience life, from moving house to washing the car and their first day at school.

“We have been searching for our first-ever live action drama for CBeebies for some time and we are delighted… to bring the wonderful stories of Topsy and Tim to a brand new audience,” CBeebies controller Kay Benbow said.

The programme will be made by independent production company Darrall Macqueen – which also makes popular show Baby Jake for the channel – and co-produced by Penguin, which publishes the books.

“Since the books were first published in 1960, Topsy and Tim have been part of the day to day lives of millions of children,” Penguin children’s managing director Francesca Dow said.

“We are excited to be refreshing Topsy and Tim, taking it from the printed book to a live action pre-school drama series.”

Author Jean Adamson added: “I am delighted at the wonderful new opportunities that are opening up for my little characters, Topsy and Tim.

“They will be stepping out of their books and on to television and I can’t wait to see how Darrall Macqueen plans to present them.”

Created in 1959, the Topsy and Tim books have sold more than 21 million copies across some 130 titles.

A hit with parents, each story followed the twins as they had their “first experiences” such as going on an aeroplane, learning to swim and going to the doctor and dentist.