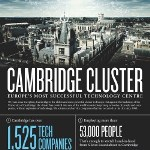 Cambridge Innovation Capital (“CIC”) has raised an initial £50m from long term institutional and strategic investors. The funds will be sued to support the growth of innovative businesses based in the Cambridge Cluster by investing long-term equity finance to help companies bridge the critical middle stage of commercial development, the so-called ‘valley of death’.

CIC’s cornerstone investors are Invesco Perpetual and Lansdowne Partners, with further capital provided by a number of investors including the University of Cambridge Endowment Fund, ARM Holdings plc and IP Group plc. In addition to the capital that it is investing, the University will support CIC through its commercialisation office, Cambridge Enterprise.

Cambridge is one of the most dynamic technology and business clusters in the world and the University is at its heart being surrounded by 19 science and business parks and over 1,500 high-tech companies, a dozen of which have achieved a valuation of over $1 billion. These companies operate across a wide range of technologies, from life sciences, to engineering and computer science, reflecting the breadth of world-class research carried out at the University. The largest of these is ARM, whose technology is powering the smart phone and tablet computing revolution. ARM has a long relationship with Cambridge and with the University, sponsoring individuals and initiatives such as Cambridge University Entrepreneurs, the launch of the Judge Business School and activities in the Computer Lab and the Engineering department.

CIC’s management team is led by Peter Keen, a leading entrepreneur both as an executive and investor; he was also Co-Founder of Merlin Biosciences. The Board of CIC is led by Non-Executive Chairman Edward Benthall, a former partner at Charterhouse Capital Partners LLP; and also includes Mike Muller, co-Founder and Chief Technology Officer of ARM, and Cambridge Enterprise Chief Executive, Tony Raven.

CIC plans to invest in companies across a wide range of technologies, at different stages in their development. Being a permanent capital vehicle, it will invest over a long time horizon and expects some of its investments to take a decade or more to reach maturity. It intends to invest its initial capital over a two to three year timescale, after which it will raise more capital, probably by means of an IPO.

Edward Benthall, Non-Executive Chairman of CIC, said: “Many good companies have to spend too much time fundraising, leaving them with less time to focus on running their business. CIC will work with angel and other long term investors to bring innovative technologies to market and help build world-class businesses.”

Professor Sir Leszek Borysiewicz, Vice-Chancellor of the University of Cambridge, said: “The University benefits society through the pursuit, dissemination, and application of knowledge. With the launch of CIC, the University and our co-investors are taking an important step in supporting the continued economic growth of the region and the country.”